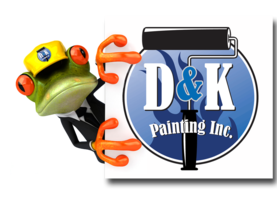 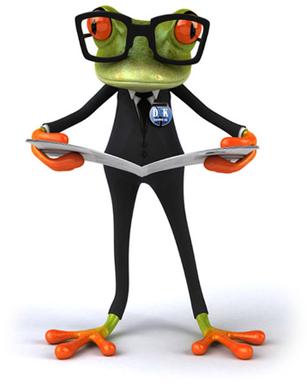 water-based coatings. A coating in which the binder

Adhesion:The ability of dry paint to attach to and

remain fixed on the surface without blistering,

flaking, cracking or being removed by tape.

Aerosol: A product that uses compressed gas to spray

the coating from its container.

Air Cure: One method by which liquid coatings cure to

a dry film. Oxygen from the air enters the film and

contains alkyd resins in the binder.

Amide: A functional group which can act as an epoxy

Anti-fouling Paint:Paints formulated especially for boat decks and hulls, docks and other below-water-line surfaces and structures to prevent the growth of barnacles and other organisms on ships' bottoms.

Binder: Solid ingredients in a coating that hold the pigment particles in suspension and attach them to the substrate. Consists of resins (e.g., oils, alkyd, latex). The nature and amount of binder determine many of the paint's performance properties--washability, toughness, adhesion, color retention, etc.

Blistering: Formation of dome-shaped projections in paints or varnish films resulting from local loss of adhesion and liftingof the film from the underlying surface.

Body:The thickness or viscosity of a fluid.

Butadiene: A gas which is chemically combined with styrene to create a resin used in latex binders, styrene-butadiene.

Catalyst:Substance whose presence increases the rate of a chemical reaction, e.g., acid catalyst added to an epoxy resin system to accelerate drying time.

Chalking:Formation of a powder on the surface of a paint film caused by disintegration of the binder during weathering. Can be affected by the choice of pigment or binder.

Chroma: A measurement of color. The degree of saturation of a hue. A color at its full intensity has maximum chroma.

Coalescent Aid: The small amount of solvent contained in latex coatings. Not a true solvent since it does not actually dissolve the latex resins, the coalescent aid helps the latex resins flow together, aiding in film formation.

Coating: A paint, varnish, lacquer or other finish used to create a protective and/or decorative layer. Generally used to refer to paints and coatings applied in an industrial setting as part of the original equipment manufacturer's (OEM) process.

Cohesion: A bonding together of a single substance to itself. Internal adhesion.

Colorant: Concentrated color (dyes or pigments) that can be added to paints to make specific colors.

Colorfast:Non-fading in prolonged exposure to light.

Color Retention: The ability of paint to keep its original color. Major threats to color retention are exposure to ultraviolet radiation and abrasion by weather or repeated cleaning.

Corrosion Inhibitive: A type of metal paint or primer that prevents rust by preventing moisture from reaching the metal. Zinc phosphate, barium metaborate and strontium chromate (all pigments) are common ingredients in corrosion-inhibitive coatings. These pigments absorb any moisture that enters the paint film.

Creosote: A liquid coating made from coal tar once used as a wood preservative. It has been banned for consumer use because of potential health risks.

Dead Flat: No gloss or sheen.

Diluent: A liquid used in coatings to reduce the consistency and make a coating flow more easily. The water in latex coatings is a diluent. A diluent may also be called a "Reducer," "Thinner," "Reducing Agent" or "Reducing Solvent."

Driers: Various compounds added to coatings to speed the drying.

Dry Colors: Powder-type colors to be mixed with water, alcohol or mineral spirits and resin to form a paint or stain.

Drying Oil: An oil that when exposed to air will dry to a solid through chemical reaction with air: linseed oil, tung oil, perilla, fish oil, soybean oil.

Earth Pigments: Those pigments that are obtained from the earth, including barytes, ocher, chalk and graphite.

Emulsion: A mixture of solids suspended in a liquid.

Emulsion Paint: Coating in which resins are suspended in water, then flow together with the aid of an emulsifier.

Enamel: Broad classification of paints that dry to a hard, usually glossy finish. Most equipment-coating enamels require baking. Enamels for walls do not.

Film Build: Amount of thickness produced in an application. Millimeters (mils) of dry film per mils of applied wet film.

Film Thickness: Depth or thickness of the dry coating in millimeters.

Fire Resistance:The ability of a coating to withstand fire or to protect the substrate to which it is applied from fire damage.

Fire Retardant: A coating which will (1) reduce flame spread, (2) resist ignition when exposed to high temperature or (3) insulate the substrate and delay damage to the substrate.

Flat: A surface that scatters or absorbs the light falling on it so as to be substantially free from gloss or sheen (0-15 gloss on a 60-degree gloss meter).

Forced Dry:Baking the paint between room temperature and 150 degrees F to speed the drying process.

Galvanizing: Process in which a thin coating of zinc is applied to iron or steel to prevent rust.

Gloss Meter: A device for measuring the light reflectance of coatings. Different brands with the same description (such as semi-gloss or flat) may have quite different ratings on the gloss meter.

Hazardous Air Pollutant: Pollutants that are known or suspected to cause cancer or other serious health effects, such as reproductive effects or birth defects, or adverse environmental effects.

Inert: A material that will not react chemically with other ingredients.

In-place Management: A series of steps used as an alternative to lead-based paint removal. Improves condition of intact lead-based paint to reduce and/or eliminate hazards without total removal.

Intumescence:A mechanism whereby fire-retardant paints protect the substrates to which they are applied. An intumescent paint puffs up when exposed to high temperatures, forming an insulating, protective layer over the substrate.

Lacquer:A fast-drying usually clear coating that is highly flammable and dries by solvent evaporation only. Can be reconstituted after drying by adding solvent.

Historical Note: The word lacquer is derived from the word lac, which describes the secretions of the lac beetle. This insect, found mainly in Asia, deposits its secretions on branches of trees and this crop is later harvested. The resin developed by the insects, in its original state, contains a red dye. This dye is separated from the resin by boiling in water. Next the residue resin, known as seed lac, is melted, strained, cooled and flaked and then becomes shellac.

Latex-based Paint:General term used for water-based emulsion paints made with synthetic binders such as 100% acrylic, vinyl acrylic, terpolymer or styrene acrylic. A stable emulsion of polymers and pigment in water.

Lead:A metal, previously used as a pigment in paints. Discontinued in the early 1950s by industry consensus standard, and banned by the Consumer Products Safety Commission in 1978 because of its toxicity.

Linseed Oil: Drying oil made from the flax seed. Used as a solvent in many oil- based paints. "Boiled" linseed oil can be used to protect wood from water damage. Sometimes used as a furniture polish.

Lithopone: A white pigment of barium sulfate and zinc sulfide.

Historical Note: Lithopone was once a primary substitute for lead carbonate or "white lead" pigments; it has been largely replaced by titanium dioxide.

Material Safety Data Sheet (MSDS): Information sheet that lists any hazardous substance that comprises one percent or more of the product's total volume. Also lists procedures to follow in the event of fire, explosion, leak or exposure to hazardous substance by inhalation, ingestion or contact with skin or eyes. Coatings manufacturers are required to provide retailers with an MSDS for every product they sell to the retailer. Sales clerks should make MSDSs available to retail customers.

Monomer: Substance composed of low molecular weight molecules capable of reacting with like or unlike molecules to form a polymer.

Naphtha: A petroleum distillate used mostly by professionals (as opposed to do-it- yourself painters) for cleanup and to thin solvent-based coatings. A volatile organic compound (see VOC).

Nonvolatile: The portion of a coating left after the solvent evaporates; sometimes called the solids content.

Oil Paint: A paint that contains drying oil, oil varnish or oil-modified resin as the film-forming ingredient. The term is commonly and incorrectly used to refer to any paint soluble by organic solvents.

Oleoresin: A natural plant product that contains oil and resins. Turpentine is an example.

Paint: A coating including resin, a solvent, additives, pigments and, in some products, a diluent. Paints are generally opaque, and commonly represent the portion of the industry known as "architectural coatings."

Paint Remover: A chemical that softens old paint or varnish and permits it to be easily scraped off. Also called "stripper."

Penetrating Finish: A finish that sinks into the substrate, as opposed to settling on the surface.

Polymer: Substance, the molecules of which consist of one or more structural units repeated any number of times; vinyl resins are examples of true polymers.

Polymerization: The interlocking of molecules by chemical reaction to produce very large molecules. The process of making plastics and plastic-based resins.

Polyvinyl Chloride: A synthetic resin used in the binders of coatings. Tends to discolor under exposure to ultraviolet radiation. Commonly called "vinyl."

Primer: First complete coat of paint of a painting system applied to a surface. Such paints are designed to provide adequate adhesion to new surfaces or are formulated to meet the special requirements of the surfaces.

Propellant: The gas used to expel materials from aerosol containers.

Resin: Synthetic or natural material used as the binder in coatings. Can be translucent or transparent, solid or semi-solid.

Semi-gloss Finish: Finish that has a low luster sheen. Semi-gloss paints are formulated to give this result (usually 35-70 degrees on a 60-degree meter).

Shellac: A coating made from purified lac dissolved in alcohol, often bleached white.

Silicone: A resin used in the binders of coatings. Also used as an additive to provide specific properties, e.g., defoamer.Paints containing silicone are very slick and resist dirt, graffiti and bacterial growth, and are stable in high heat.

Solids: The part of the coating that remains on a surface after the vehicle has evaporated. The dried paint film. Also called Nonvolatile.

Solvent: Any liquid which can dissolve a resin. Generally refers to the liquid portion of paints and coatings that evaporates as the coating dries.

Source Reduction: Steps taken to reduce waste generation and toxicity at the source through more effective utilization of raw materials and reformulation.

Substrate:Any surface to which a coating is applied.

Turpentine: Distilled pine oil, used as a cleaner, solvent or thinner for oil-based and alkyd coatings.

Urethane: An important resin in the coatings industry. A true urethane coating is a two-component product that cures when an isocyanate (the catalyst) prompts a chemical reaction that unites the components.

Vehicle: Portion of a coating that includes all liquids and the binder. The vehicle and the pigment are the two basic components of paint.

Viscosity: The property of a fluid whereby it tends to resist relative motion within itself.

Volatility: The defining quality of a liquid that evaporates quickly when exposed to air.

Volatile Organic Compound: Organic chemicals and petrochemicals that emit vapors while evaporating. In paints, VOC generally refers to the solvent portion of the paint which, when it evaporates, results in the formation of paint film on the substrate to which it was applied.

Volume Solids:Solid ingredients as a percentage of total ingredients. The volume of pigment plus binder divided by the total volume, expressed as a percent. High-volume solids mean a thicker dry film with improved durability.

Water-based: Coatings in which the majority of the liquid content is water.

Adapted from The American Coatings Association Glossary of Paint Terms.